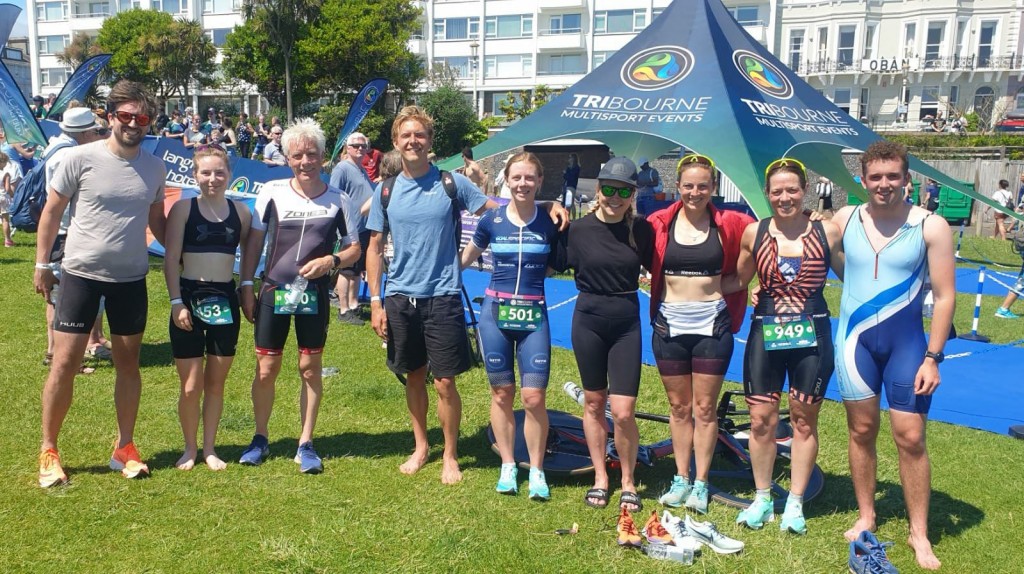 It was a big weekend of racing for the Goalspecific team last week with athletes spread all over the country competing in British Championships, ETU and ITU qualifiers, sprints, 70.3s and it all kicked off with Mike and Hector at the New Forest Rattler on Saturday. It was a strong ride from Mike in the 84mile course and he finished with lots of energy which bodes well for the races to come. Unfortunately Hector came off his bike – slightly hazy about the details - but he  has broken his collarbone and hand – really bad luck with IM Bolton on the horizon so all the best wishes from the team for a speedy recovery. 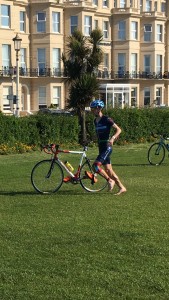 It was an early start on Sunday for me and Annie – 3.45am to get to Eastbourne to join Sarah, Samuel, Salam and Eleanor (and GS friends Alex and Nick) on the start line for the standard ETU qualifier while Joe was competing in the sprint and Becky U in the aquathlon. Becky G had to sit this one out due to damaging her ribs, also from a bike crash, that and a nasty cold, but took on the role of chief support which was awesome

, although I think she would have rather liked the bike course

Strong performances all round with age group qualification slots looking likely for Annie (2nd), Salam (4th), Samuel (4th) and Joe in the sprint although these have yet to be confirmed. And Becky U took the overall win in the aquathlon with super quick swim and run splits.

Also a special mention for Alex who stormed the standard race finishing second overall despite managing only the 172nd fastest T2 – making it broadly speaking the transition equivalent of my swim split – the less said about that the better!
Up North, Izzy was lining up in the National Champs at WTS Leeds. As expected it was a 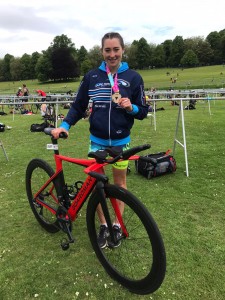 stacked field and Izzy put in another fantastic performance to finish 6th in her age group in 2hr18min, another  step forward – particularly with her bike split – very close to a podium spot and we think good enough for an age group spot for the World Champs. 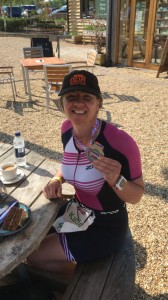 Onto the longer distance events and whilst we were sitting on the grass drinking coffee in Eastbourne, Katie ( at the Uk ultimate half triathlon) and Claire (at the Grafman) were racing half iron distance. Strong race all round from Katie with a really good run and we think a podium finish with 3rd in her age group – great result. 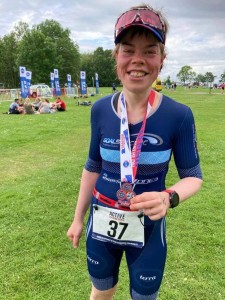 And finally Claire’s journey into triathlon continued in great style despite significant trepidation about the open water swim. She managed to negotiate 2 laps of the lake in 54mins - stormed the bike and still had energy for a 1.52 half off the back of that. Fantastic achievement and progression over the last 12 months!
There is more racing this weekend, with Jen, Will, Salam and Becky at the Deva Standard, and Eleanor at Slateman. Also, Suzanne, Eric, Mike and Claire will be finally lining up for the Weymouth half marathon, and I have lost count how many times that has been postponed!
Good luck everyone!
Tweet Pin It