At last! racing has started! It is great to see the team dusting off the race kit, and starting the year with some great performances. First up was Becky at the ITU sprint duathlon championships, and despite being slightly cautious due to a niggling hamstring, smashed it and came in 2nd overall, winding up the pace throughout the race. Not bad on the back of long distance training. An exciting start to the season.

Both Anna and Claire focused on some early season running events, Claire headed north for an ultra and nailed it, finishing first in her AG and Anna raced in the Eton Dorney Marathon and ran away with a new PB of 3.24.

Claire also signed up for her 2nd standard duathlon, and her result just illustrates how much she has progressed over the winter block and is going from strength to strength

Eric, Joe, Shelley and Marta  raced at Challenging Events Southampton Fast Twitch last weekend! All lining up with very different goals, and all smashing them! This was Shelley’s first ever multi sport race, only taking it up at the end of last year, and despite pulling a muscle in her back just before the start of the race, came 3rd in her Age group. Eric, showed off his speed endurance, by getting faster and faster as the race went on, finishing 2nd in his AG (well if the first transition had not been 3 minutes it would have been first!) Joe followed Eric’s approach by also building throughout the race, although with significantly faster transitions, and put in a perfect race for the first one of the season, as a bit of practice before Eton Sprint! Marta entered the race last minute for a motivational boost and to enjoy getting involved in racing again, and the race ticked all the boxes!

Next up,  we have Georgia racing in the Brixton 10k this week, and I imagine she will be lightening quick! Then we have quite a team outing riding in the 100 hilly on the 9th May, a nice social outing, lets hope the weather is better than the last 100 miler we  did!  Triathlons kick off on the weekend of the 15th 16th May with the Sprint triathlon at Eton lake, with the ladies only race on the Saturday, which Claire is racing in, and then the Eton ITU qualifiers. We have Becky, Annie, Salam, Becky, Will, Joe, Georgia and Laura all racing, so lots to report on again in a few weeks! 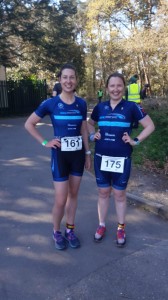 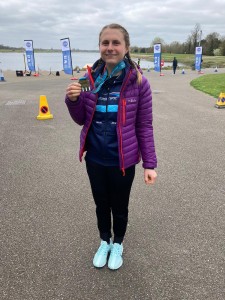 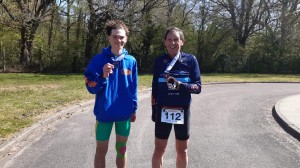