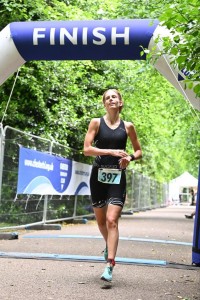 The team was back racing again this week in the blistering heat, which certainly threw up a few more challenges, but we are definitely not complaining!

Mike Eric Claire and Suzanne finally managed to line up for the Weymouth Half, to be honest I have lost track of how many times this one has been postponed. Mikes strategy was to build from start to finish, manage his hydration and avoid cramp. Nailed! No cramp and he just got quicker and quicker as the race went on. Eric also had to play it carefully with the heat and the potential of cramp, worked out his hydration, and gave salt sticks a go, and also succeeded in completing the race with no cramp and less than a minute off his pb – not bad in that heat! Claire also put in a solid performance, clocking up the miles again running it  as a longer training run, a week out from the Grafman.  Suzanne, against the odds of a stomach upset just before the event, still lined up to give it a bash. However, running with an unhappy stomach and in that heat is going to be really tough, and the sensible decision was made at 11k.

Further afield, Will, Jen, Salam and Becky were taking on the Deva Triathlon. Will having completed this one before,  was hoping to build on previous performances, which he nailed, across all disciplines and finishing 9th in his AG.  Becky and Salam after competing at Eastbourne the week before, also had solid races, and nailed their individual goals for the day. Becky finishing 8th in her AG, (and thats with stomach issues on the run, which resulted in a few km of walk jog!)  and Salam 2nd in her AG, despite some gear issues on the bike.  Finally but by no means least Jen, who hasn’t raced since September 2019, had ankle ligament reconstruction surgery last September, and is still working through rehab to develop strength and power in that ankle, put in a storming performance, finishing overall female winner!  Jen has worked so hard rebuilding fitness, strength and dealing with the inevitable run set backs when returning from surgery, and even though we are still only at short runs of only around 30mins running 1-2min intervals, she had a pain free (well except for the cuts) 42min 10k run! Absolutely awesome and so much more to come. Knowing from first hand experience what this surgery involves and how tough the rehab is, I am absolutely over the moon for Jen, its quite something to come back, race, and absolutely blitz it! And this is just the start!! Very exciting times ahead 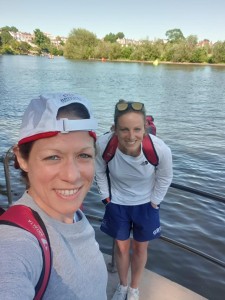 So, what’s next! Well we have our long overdue Training weekend in Dorset next weekend for those that can make it, Sophie is taking on the Sandbanks Sprint and more racing will follow after that. 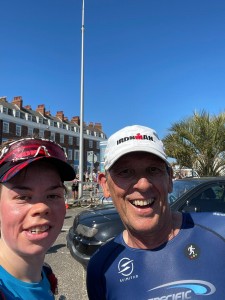