Home / Blog • Headline • Results / Big results in the cold at Weymouth 70.3 and in the warm at Ironman Barcelona 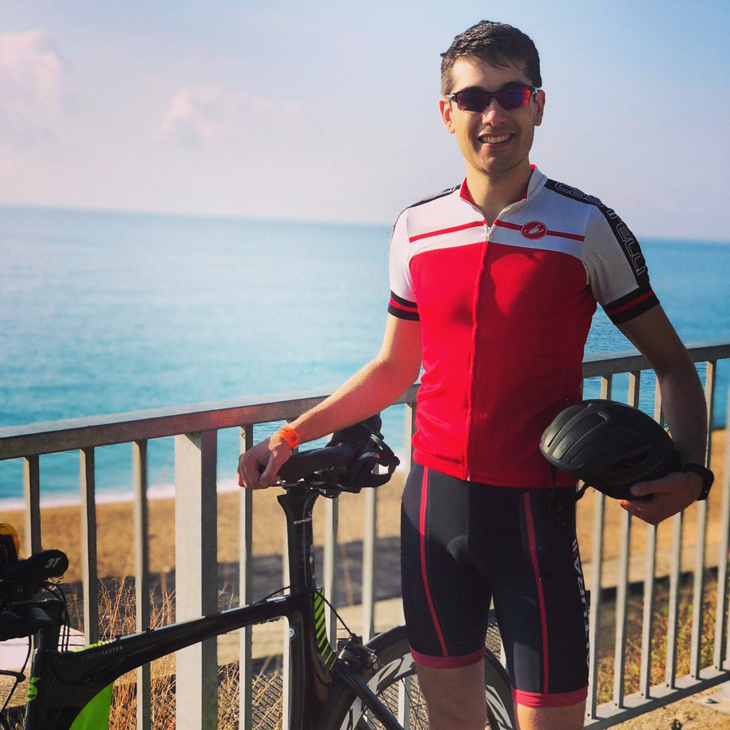 A rather belated round up of some great GS results at the Weymouth 70.3 in September. I could make some quip about it’s taken this long to warm up since what I can only describe as one of the most brutal triathlon days I’ve witnessed – a lot of which should be giving Ironman Weymouth a lot to think about organisationally before next year but who knows! (The picture by the way is definitely Mark in Barcelona – would have needed an underwater camera for Weymouth)

Anyway – positives first. An absolutely superb performance from George in his first ever 70.3. A good swim followed by an excellent bike in the horrendous conditions set him up for a trademark fast run to the finish to finish in 8th in his age group first time up. There’s lot’s to take away from that result and planning over the winter to build the speed endurance with great prospects for world championship qualifying slot for Nice next year – now that is going to be a good race!

Tony lined up with Fran for the hour long wait before they let the age group athletes into the swim and they were both freezing. Not a great way to start any race but Tony had a good swim and followed it up with a solid bike despite being freezing for all of it. Finally warming up a bit on the run he posted a 1.47 half marathon to finish well inside the top 25% of his age group. Good result on a tough day.  Emma Thomas also braved the cold and put in a great swim despite the conditions. Emma has made great gains on the bike and guts it out in the horrendous conditions before running an excellent half marathon to finish in under 6hr30min – great race that also included nearly 20mins of transition time J. Perhaps finish of the day though goes to Eric. Not long ago a 300m pool swim was the limit for an event for Eric. So taking on this race was a massive achievement and to do it in such  horrendous conditions as well…… and to post an awesome sub seven hour time for an 11th place finish in the 60-64 AG is just fantastic. Roll on next year

……..And then there was the worrying stuff. Fran just made it back to T2 with stage 2 hypothermia, collapsed off her bike and spent the next hour in an overcrowded medical tent – very scary. TriPurbeck’s Mark Julier – one of the first age groupers out of the water – punctured after 42km of the bike. Too cold to change the tube he had to wait roadside for support. None came and close to passing out he was taken in by a friendly local who fed and clothed him until Laura could get there to rescue him. Not really good enough Ironman given that the weather was predicted for the whole week before.

On to sunnier climates and Mark Holmes was racing his first full distance at IM Barcelona. Aiming for something sub 12hrs he did that and some despite having some stiomach issues on the latter half of the run that slowed him up a lot. Great 1hr9min swim showing massive progression over a short period of time followed up by a sub 6hr bike. The pace on the run was great for the first half before the issues started but he still manged to pick it back up and come home in 11hr41min. Great racing!