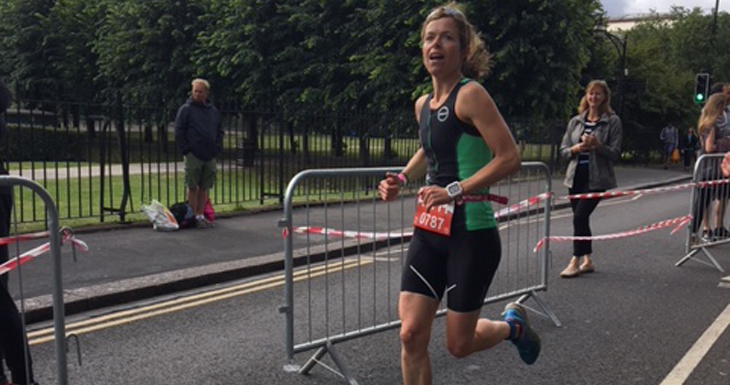 Team Goalspecific were out again last weekend! Cathy was racing in the Windsor triathlon, 2nd race 2nd time, on top of a very hectic few weeks leading into the event, and absolutely nailed it! Pbs across the board, and finishing much higher up the leader board, 5th overall in AG (3rd in the run)  and there is SO much more to come there! (Just a lighter bike for starters!!

) Next race a shorter sprint effort at the beginning of July

George in his 2nd week in a row (out of three, another one next week!) lined up at his local Race to the Bill Olympic Distance Triathlon. This was always a training race, and yet again he put in a great race. 4th overall 3rd in his age group, with a blistering 35 mins run 1.09 bike and 24min swim whilst being cautious with a niggling shoulder injury.  Hopefully the shoulder is well on its way to full recovery in time for Leeds Olympic next weekend, which is another ITU qualifying event for Luasanne 2019.

We also had a few Race for life events, and Liza posted a pb in the 5k event, after a week of solid training, and Terri, with her team of runners from her school had a great day out, running the longer 10k event. This is a great achievement as due to a persistent ankle injury, running has been relatively limited, but it shows that the hard work on the turbo is definitely paying off in building the aerobic engine.

More racing is lining up over the next few weeks as well. This weekend coming, both Derek and George will be competing in the World Olympic qualifiers at Leeds Castle (which of course is not in Leeds) Becky is racing Elite once again in the sprint event in Cardiff,  Tania and Samuel are revisiting Bude for the sprint triathlon there, and there may be a trip to the Immortal Middle distance as well.  July kicks off with Rob riding ahead of the Tour de France, the full stages, Mark racing the Norfolk Middle distance, Rich, Emma, me, Ade and maybe Dave – still working on that one, will be revisiting the mumbles mile….(or am I getting confused with my Uni days up there!) maybe its the Gower Triathlon, and then of course there is the Swanage Triathlon where Sarah, Neil, Samuel and I am sure a few more are checking out the new event. We will come down to cheer you on