Whilst Ade drove me to Loughborough for a weekend on a Coach Tutor Eduation weekend (which was excellent, thank you British Triathlon, and for anyone reading this thinking about training up as coach, you have got one fantastic coaching course being delivered by an inspiring group of tutors this year, so get to the BTF website!!) Anyway, I digress, whilst I was heading up North, I counted all of the TT and road bikes I saw heading down South on the motorway, with more than a pang of jealousy. The first and I believe full 70.3 / Ironman event in Weymouth and from the photos I had seen being posted on all of the media channels, it looked to be a good one!

Out of the Goalspecific Team we had Mark and Terri / Adam racing in the 70.3 and Evan, Adam and Jon racing in the full distance. Now 4 months after breaking his hip, Mark was beginning to get his form back, and was ready for a blast at the end of the season. Team Terri/Adam were splitting the race where Terri was to complete the swim and run, and Adam the bike. This was Terri’s first ever 70.3, infact only 3rd ever triathlon event, the others being significantly shorter! Only taking up the event this year and constantly fighting so many obstacles, it was incredibly exciting and an illustration of strength and determination to see her line up on that beach! Moving on to the Ironman, it was Jons and Adams first ever IM event, and Evans second THIS YEAR, last one Bolton, and with the European 70.3 Championships thrown in between,  that man certainly does have some endurance capabilities!! 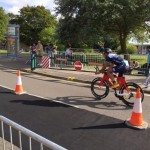 So, whilst I was wondering how deep the rabbit hole really does go (  ….you had to be there) Team goalspecific were putting in a sterling effort swimming biking and running around the south coast of Dorset! Mark posted a sub 30min swim, put in a solid bike and posted a pb run split coming home in 7th AG position, only a shade over 5 hours (which I know is a slight cause of frustration) Not only was this a MASSIVE result for him, it also qualified him for the 70.3 WORLD CHAMPIONSHIPS and has brought him into a position of GOLD in the AWA rankings! A fantastic achievement, bearing in mind he couldn’t walk 4 months ago!

Terri overcame all fears and anxiety of sea swimming with thousands of other people and despite trying to swim to France, ( clearly enjoying it out there far too much) reached the shore with a huge smile on her face, passing the baton to Adam.  He then  flew around the bike course on his road bike, (TT  bike is definitely on the Xmas list now!) to pass it back to Terri once again on the run.  Terri’s key objective was to try and keep heart rate low, be sensible, and keep smiling throughout. Well once again, she nailed that (well got a bit excited at the end, judging by the heart rate) and Adam sneaked onto the course to join her towards the end……. to cross that line, was an tremendous achievement. Though I might add, not 2 days later, already analysing how to go faster, what needs to be improved, races to enter….etc etc…..brilliant!!! Though remember chaps, you also need to soak up all your successes too!!

Onto the Ironman! Adam over the last year has managed to successfully balance crazy early mornings in his job, new baby and Ironman training. All with the target to complete his first ever Ironman, on local soil! After a solid swim, Adam paced out a good bike, before the final run. Nutrition pacing all went to plan, and despite the last part of the run, where the knees and legs were causing a few issues, the race went according to plan. A huge race, that demands consistency and hard work in training, all which Adam achieved and reaped the rewards from when crossing that finish line to finish his first ever Ironman! The big question is, will there be more??

Jon, in the 60-65 age group had already completed the Alpe D’Huez Long Course earlier this year, winning his AG, and had also won his Age group in some shorter Olympic events as well, but going up and down mountains wasn’t hard enough it would seem on its own so an Ironman a couple of months later was clearly the way to go, and would round the season off nicely! The swim was always going to be Jon’s biggest challenge, and there was a little concern he might end up on the Isle of Wight, however,  the hard work and consistent swimming these last few months paid off, and he made it back to shore in 1:34. He then went to work on the bike and run, and seemed to get better as the race went on, finishing 1st in his Age Group, and a slot to Hawaii…….or so I thought? I did think an Age Group win in an Ironman event, gave you that opportunity, but from speaking to Jon since, it would seem that there were no AG slots in his Age groups??   I will leave you all to ponder that one!

Despite Evan contemplating not starting the race a few days before,due to a back niggle that was lingering over the last couple of weeks, he registered and racked his bike, with a change of mind set. Listen to the body, stop if it begins to cause a problem, and have a solid enjoyable race, as apposed to chasing that Kona slot!  It was a huge task to go for Weymouth IM after Bolton, and with a big race in the middle, and we certainly had to go into it open minded, however, he had a plan, all be it slighty revised one, and being an experienced IM racer, knew what he had to do. Well, he did a lot more than that. He put in an amasing effort, another great race performance that put him in 3rd in his AG once again this year. Unfortunately, yet again missing that Kona slot by one place as, like Bolton, both 1 and 2 took their slots. Frustrating doesn’t do it justice, but I have no doubts what so ever that he will be winning his Age Group soon enough.

Ironman was by no means the only race taking place as  Russ was lining up in Bournemouth, in his second Olympic distance race in his first Triathlon Season. Despite no run training these last few months, and racing a completely flat course on a road bike with no TT bars, he posted a pb in his swim, a solid ride and the fastest run split of the day! I would say that is pretty impressive, and he will only get faster and faster! Very exciting!

Well the season is now beginning to come to a close, and its been a great season watching all of the Goalspecific and Tripurbeck athletes racing. As frustrating as it is, not being able to be involved in any of the races, and having DNS’s next to my name throughout the year, it has certainly made me determined as an athlete to get back to fitness for the 2017 season, and has given me insight as a coach through experiencing  the physical and emotional challenges of injury. I believe this can only help me reflect, grow and become a more experienced coach, in being able to really understand not only the highs but the lows athletes will no doubt experience at some point through their training and racing. Hopefully come 2017 I would like to gain a bit more experience on the  other side of the scale please!!

On a final note, we have Mark here modelling some of our new race gear! Information and pictures on all kit will be up very shortly,  along with a date to get the next orders in  so you can train and race in our Goalspecific Team kit. We will also be introducing running gear, one piece Trisuits and leisure gear to the mix as well. Thank you to our  team sponsors, Zone 3 Host Physio, Totally Wonderfuel and planet X! 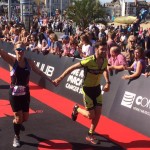 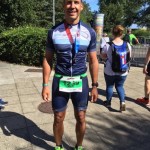