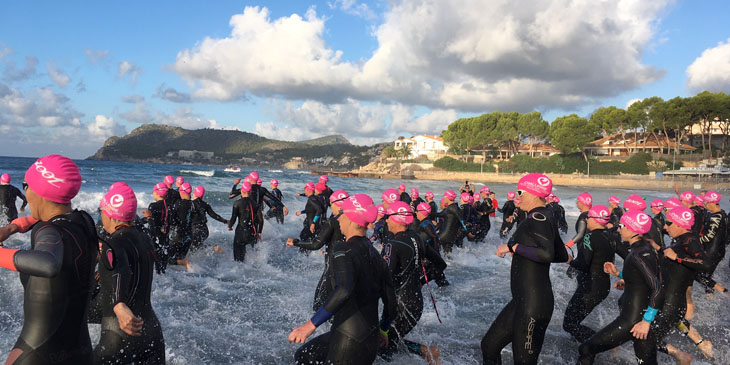 ………….which is basically why year on year we persuade Fran to enter the Challenge Paguera Mallorca 70.3 and we all head out to some late season sunshine. It is a fantastic race – sea swim in the Mediterranean followed by a challenging, usually hot and windy 2 lap bike course and a more challenging than it looks, hot and very undulating run course through the town of Peguera – oh and it doesn’t start until a very sociable 9am. From a spectators point of view they don’t come better than this – transition is literally on the beach! This year we managed to entice GS athlete Liam and his family out and nice to see Emma and Rich also joining us for the race – a shame that Becky was unable to make it 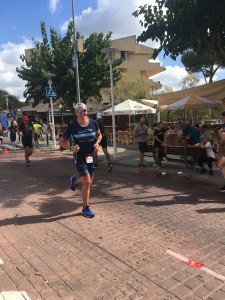 Liam had another very strong race after a step up in Slovenia – particularly a great swim (40mins) and bike (3hr16min) and kept up a decent pace in the run despite the conditions not being ideal for the big man! Already looking forward to next year and going under the 6 hour barrier as well as possibly a sneaky Ironman???!!?? 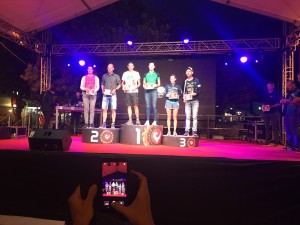 After a good result in Slovenia, Fran was looking for an enjoyable finish to the season with no pressure on the result as she currently has no desire to return to the Challenge Championship and swim in the Danube after it poisoned her in June! What she wasn’t expecting was to be assaulted by a jellyfish half way round the swim course. We were blissfully unaware of this – just thought she had had a bit of a slow swim – and she disappeared out on the bike course apparently in some discomfort. Despite the pain in her face, she arrived back in T2 neck and neck with the lead athlete in her age group having tracked her down on the bike. Running passed us out of T2 I enquired if she was ok to which she replied ‘My face! I can’t talk’. Bonus I thought. Anyway – despite the discomfort Fran managed another podium finish and definitely a good comedy story to tell – full on tentacle imprint and swelling – see below

Oh and already booked for next year – who’s coming??? – hopefully no jellies 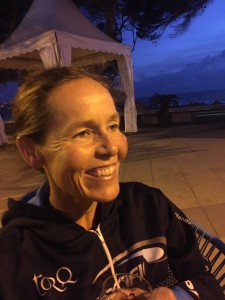