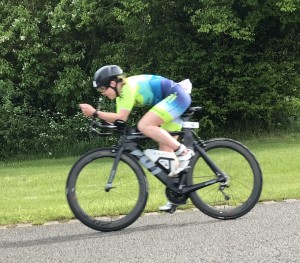 At last! A day spent supporting Goalspecific athletes swim bike running their way to ITU qualification places, and new pbs! Over Saturday and Sunday we had 8 athletes racing, 7 at Dorney Lake, and 1 at Crystal Palace (which turned out to be a duathlon in the end!)

First up was Claire, racing Saturday in the woman’s only sprint triathlon. Her first ever triathlon, in a cold 13 degrees lake, great experience and completed the race despite some mechanical issues on the bike. Great practice for the Grafman in a couple of weeks!

On Sunday, we had Annie and Joe racing in the under 20s, at the age of 18 and 17, Salam, Becky U, Becky G and Laura racing 35-39 and Will racing in the 24-9 ITU qualifiers! For the majority, this was their first race in a very long time, and after only a few weeks back in the pool so it really was a great opportunity to dust off the wetsuits and race kit, and see how the winter training has gone!

First up was Annie, and after a rocky journey up, resulting in no breakfast, she still swam bike ran her way to we think a qualifying place. Lots learned, and so much more to come. Following swiftly behind Annie was the 35-39 Age category, and they certainly blitzed the course. Becky G and Laura dominated the race, incredibly strong across all 3 disciplines, finishing 1st and 2nd respectively. Salam, not far behind on only her 2nd ever ride on a TT bike,  again illustrated her power on the bike, and despite recent injury put in a solid build run to finish 5th overall.  Becky and Salam came out of the swim together, and for the first time in a long time, Becky nailed the swim without having breathing issues at the start. Considering how cold the water was, this is a great leap forward. The bike is most definitely her least favourite part of the race, but she got through it, and put in a really good run, again a build,  so yet again, so much more to come!

Will and Joe were next up, and both put in really solid performances. For both, their first experience of an ITU event, and first triathlon in a very long time, with little pool time leading into it, and both certainly lacking the bike bling of their fellow competitors. We were slightly worried about Will as he went on to the run with a definite calf issue, however, he came storming back, both finishing very fast, which also shows there is more in the tank from both of them.

Whilst we were busy at Eton, Georgia was lining up again, after smashing the Brixton 10k a few weeks back, finishing first overall, for a sprint duathlon in Crystal Palace. Yet again, she illustrated her strength running and biking, and finished first female overall, with a clear 2 minutes lead.

Exciting racing throughout, and more to come over the next few weeks! Next weekend,  Izzy, Hector, Shelley and Eric, are racing at the Huntsmen, Briony, Marta and Louise are taking on the Jurassic Challenge, and Sean the Marlow Aquabike. Followed by more racing from Salam and Becky at Westburton Sprint (and maybe Annie) then the ETU / ITU qualifiers at Eastbourne, where Becky G, Joe, Annie, Ade, Eleanor, Sarah and Izzy are racing – and maybe a few more!  Katie will be taking on the UK triathlon Middle distance, and Claire Grafman Middle.

Managed to get a few photos before my battery died! 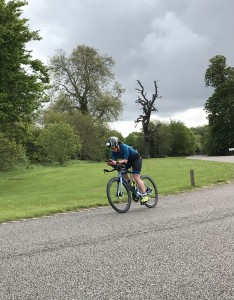