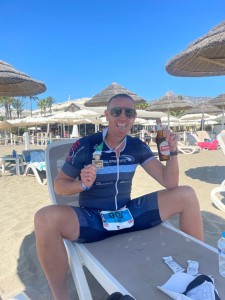 Well, I can honestly say I have ever known the weather to be quite so perfect for racing in September as it was at the weekend! The team did not disappoint either (well they never do to be honest!) First up was Anna racing in the Purbeck Trail 16 run on Saturday, a tough coastal off roader, finishing 4th overall and second in her AG. Then Sunday we had a lot of 70.3 Ironman racers! Liam was soaking up the sun in Marbella (though it may have been a bit too warm for the run at 31 degrees) Hector had to wait for an afternoon race over in Italy, and in sunny Dorset (not quite matching Marbella though)  we had Matt, Richard Louise, Jess  Becky, Salam Izzy and of course Tripurbeck Alex, lining up for Weymouth 70.3. Also Katie was mixing it up in Oxford with a swim run swim run event, which seemed to go very well, finishing 4th overall – great result!

Both Liam and Hector were racing their respective 70.3 events as a bit of practice before going long in October with IM Barcelona and Mallorca. Liam is clearly loving his new TT bike and is in great shape going into Barcelona, as despite the heat, and athletes cramping all over the promenade, he posted one of his fastest middle distance times. Hector also put in a really solid race considering a few months ago he was having surgery on his shoulder and his hand. A sub 30 min swim would indicate that its all healed pretty well!! Now time for a bit of cycling in Italy in prep for the long one next month.

In Weymouth the sea was calm and the roads were dry, with little to no wind, it really does not get much better than that! All but a few were first timers to Ironman racing and everyone raced their socks off. Local legend Alex who only started triathlon mid lockdown so  only started racing this year, lead the swim and bike, finishing 1st in his Age group and 2nd overall. A lot of talent there for sure!! Izzy was also right up there in the women’s overall field finishing 5th overall and 2nd in AG, taking her slot for the WC next year. Salam and Becky despite a rocky few weeks leading into the race what with fractured elbows and sickness bugs, still managed to pull off a podium slot, looking good for Turkey next month! Matt, Richard and Louise were lining up for their first middle distance event, as ever with some specific process goals to execute, and despite some niggles, and illnesses leading into it they all nailed it come race day. Jess, who recently had a great race at Chilterns Middle distance, was looking forward so much to attacking this one, but as all athletes know, sometimes it is not your day and sadly due to illness, Jess had to pull from the race on the bike (well the policeman made her – Jess is so determined she would have crawled around!) Totally gutting for her, but she is so driven and determined, not to mention talented (couldn’t even ride a bike at the start of this year!) – she will be back on it post clean bill of health!

Next week its Valentia ETU, Bolton 70.3 and the Castle Series.  On that note, I really do hope the airline finds Becky’s and Nick’s bikes! 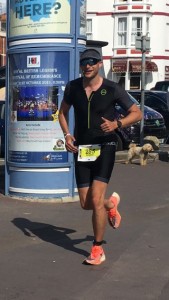 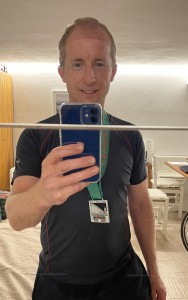