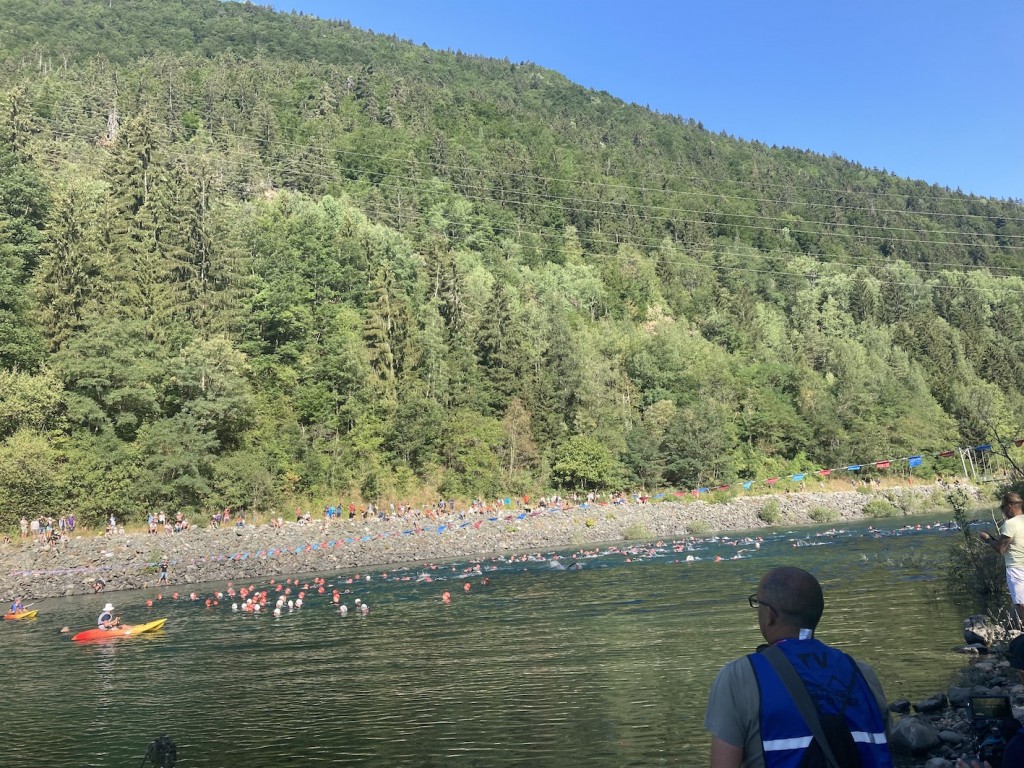 As to be expected there is a lot of racing going on at this time of year so plenty to report on from the last week or so! 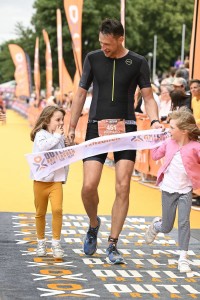 Richard joined the GS team 18 months ago with absolutely no prior experience of triathlon but with the goal of completing  an iron distance race…….. quite a challenge – especially with a young family a full time job and buying new house that needs ‘a bit of work’. However, on July 24th he lined up for the Outlaw triathlon in Nottingham having put in a solid block of training (although without as many outside bikes as we might have liked

). Richard set the day up brilliantly with 1hr14min swim and paced the bike very well in a little over 6 hours. He is an excellent runner but the marathon at the end of an ironman was always going to be tough and some lower back pain caused some issues, but despite this Richard crossed the finish line in an excellent 12hr46min. A great achievement and now we’re planning a return to some slightly shorter stuff!

The Alpe d’Huez triathlon week incorporates a series of races, all of which involve climbing the iconic 21 turns of Alp D’Huez itself. All the races are brutal but beautiful and we can see the swim start from our house so what’s not to like??? 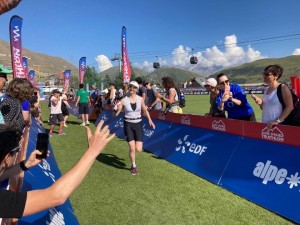 Tuesday’s duathlon consists of a 6.5km run in the heat of Bourg D’Oisans, an ascent of the Alpe and a 5km hilly run at 1800m. Emma thought this sounded like a good idea (??!!??) and duly nailed her race with a well controlled first run, an excellent and consistent climb and finished it off with a solid second run to bag a podium age group spot in 3rd place – superb racing 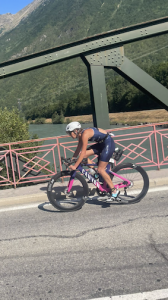 On to Thursday and it was Long Triathlon day. This time the swim in 2200m in the stunning Lac de Verney followed by a 118km covering 4 climbs totalling 3600m of climbing and the Alpe at 3pm (ish) just when the temperature starts to peak. Then a 20km super hilly run at the top. So obviously Becky (3 weeks after Roth iron distance) and Fran (still just a year out from hip surgery) thought this sounded like a good plan. Eric joined them on the start line (because he is a bit bonkers as well). One of the only big races left to still include a mass start, the ladies wave got off well with Becky out of the water close to the lead pack in an excellent 36mins. Fran also had a decent swim in 41 mins and both headed out on the bike looking good. Unfortunately despite making all the right decisions about where to start, Eric was swamped in the mass start as swimmers on the right side got crowded out and swam round behind him – exactly what he wanted to avoid – so he had to cut it short. Not to be deterred he headed out on the bike course anyway despite knowing he was a DNF and completed 3 of the four climbs before sensibly calling it a day. Meanwhile the girls were ripping it through the bike course going over the top of the Col de la Mort together and both amongst the pro female field. 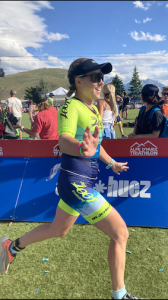 Becky definitely started to feel the fatigue of her recent race schedule on the final climb but still managed a great run split and an 8hr15min finish, just edged out into 4th in AG. 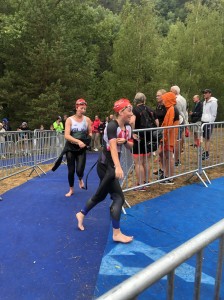 So that left Friday’s entertainment with Annie and GS super friend Nick in the short course. Annie hasn’t been able to get the training in she would like since getting Covid but put in a massive effort to produce a super solid race all round in the medium course – they don’t call it short because it isn’t! – this time a 1100m swim, 30km bike including the Alpe and a 6.5km hilly run. Nick started brilliantly but suffered some cramping issues in the latter part of the bike and run – but still posted an impressive 2hr30min finish. 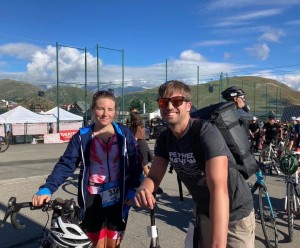 If this all sounds appealing to you then a. you are a bit nuts b. you should come on our camp next May when we will incorporate all the rides/runs! And, of course, despite what they all say we will be back here same time same place next year! 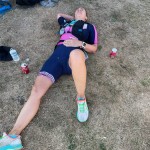 Just to add to the mix, Katie competed in the Castle to Coast triathlon which is kind of a sportive triathlon more than a race but sounds amazing. The swim is in Dorney Lake, the bike heads towards the South coast with a trail run on the South Downs and finish on Brighton sea front. No idea about times as it isn’t about that but most importantly Katie loved it! 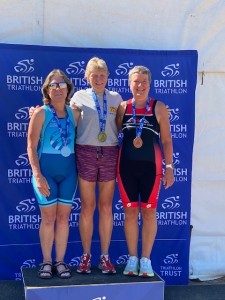 Finally – new to the team but not slow to make an impact – Linda decided on a last minute entry into the National Aquathlon Champs also at Dorney and rather brilliantly bagged a 3rd place AG finish – what a start!