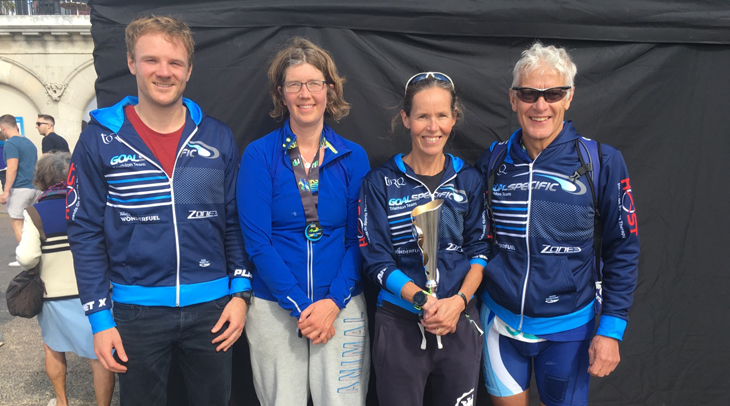 Over the last two weekends we have had more great racing from the Goalspecific athletes. First weekend in September, Becky headed to St Neots Olympic Qualifier for a bit of practice pre World Championships in Australia, THIS WEEKEND!! BIG SHOUT OUT!! On the back of a solid weeks training she won her AG outright and was 5th overall. Now she is enjoying the sunshine down under with the Sprint championships on Wednesday, and the Olympic on Sunday, so more news on the way!

This weekend, despite the blustery conditions, Marianne lined up at Woburn for a step up in distance to the Middle Distance, and SMASHED IT. Race report from Marianne below, but needless to say a great performance finishing 5th female overall and winning her Age Group.  Steve was also racing middle, at the British Middle Distance Championships, and just got faster and faster as the race went on finishing with a 1.22 half marathon split. He’s going so fast in this picture he’s not even in it…… 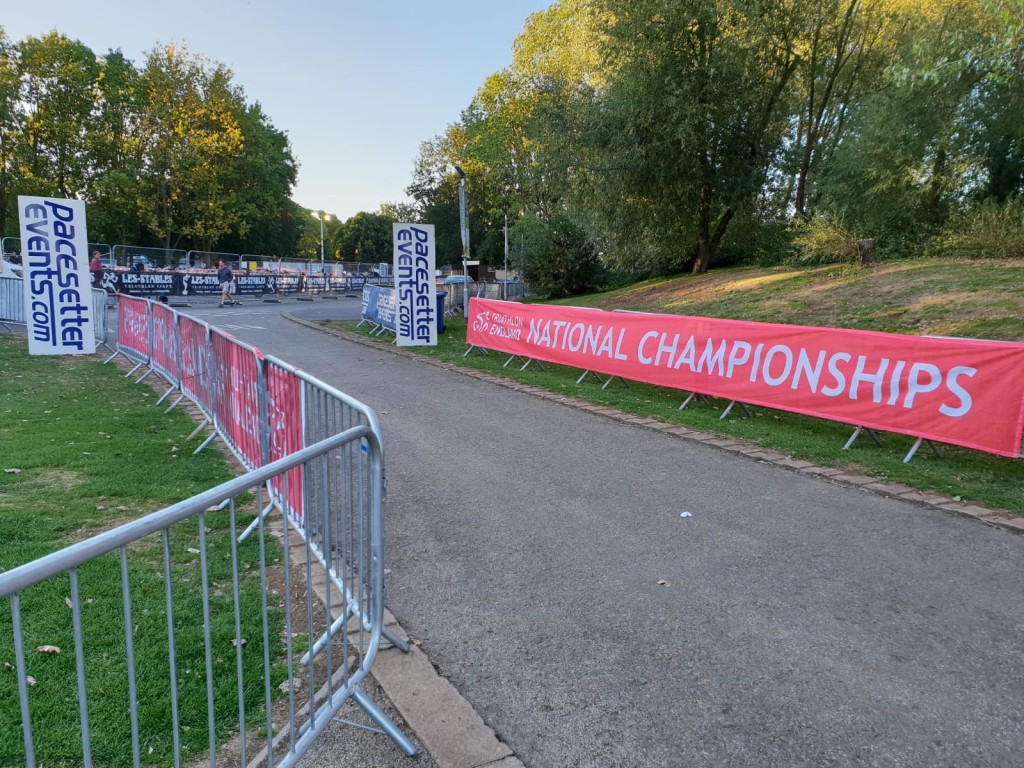 In only his 2nd middle distance event he finished 11th in his age group in a blistering 4hrs29min – needless to say it was a very competitive field given that it was the national championship! Awesome performance and Mallorca to come in October.

Whilst Marianne and Steve had a lie in and a well deserved rest onSunday, me, Emma, George, Tania, Derek and Tripurbeck Clare got up way too early for the Bournemouth Sprint and Standard event. First up were Derek and Tania in the first wave with the self deteriorating swim hats. Watching them get thrown around in the choppy conditions and speed down to the first bouy would have been entertaining if I hadn’t had to do the same 10 minutes later with George! It certainly was very choppy and except for the female fish, who was in the 2nd wave and swam through the whole field to exit first out of the water, I would say everyone else had slightly slower swim times than normal!  All good practice for Weymouth in a couple of weeks!  Once all Standard athletes were out and on their way to fight the wind on the dual carriageway, Emma and Clare headed out on the Sprint wave.

For those who have raced at Bournemouth before, the bike course was pretty much the same. An out and back course, on a very dangerous stretch of road, this time with the wind helping us out, and hindering us on the way back. It was made significantly more dangerous this time due to a spillage of oil on the road leading to a few casualties (Paul we wish you the best recovery and hope you are fit and well for your next race at the end of the month! ).  In the standard distance, George was the first to finish in 4th place overall, first in Age group, (although his trophy was given to someone else!

) I came in next, unable to catch the fish, who swam about 10 minutes faster than me, finishing in 2nd place overall. Derek next, finishing 2nd in his Age Group, and then Tania, achieving another step up the ladder, completing her first ever Olympic distance event!

This weekend, eyes will be on Becky in Australia, then the following weekend, lots of goalspecific athletes will be lining up at Weymouth 70.3! 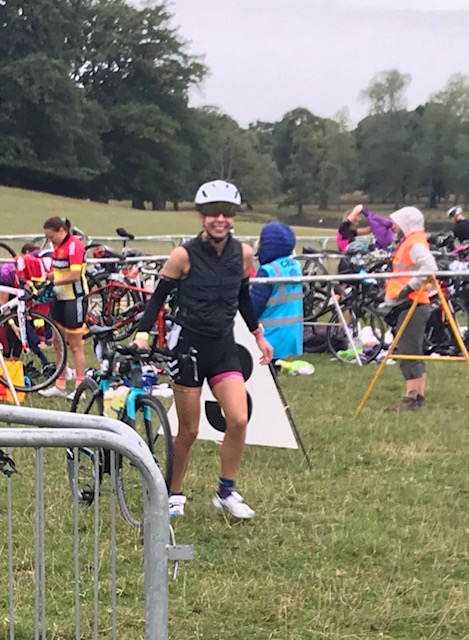 Another wet and windy cold day for my first ever middle distance triathlon.  I seem to be destined to race on days like this.  However, it seems to suit me as the result was beyond my expectation.  The lake swim was cold and it was full of weed but I achieved my quickest swim time to date.  The bike section is always my favourite part.  There was 3000 ft of elevation (it was only advertised as 1500 ft!!).  The route was not well marked and had bad road surfaces, despite this, I was very pleased with my time.  The run route took me through the beautiful grounds of Woburn Abbey.  There was deer roaming, fortunately no lions as we did go around the outskirts of the Safari Park.  The run course was undulating but the pretty grounds helped to distract me from the inclines, and I managed to keep a consistent run pace to achieve 2 hours.

I rang the bell at the finish line at 5 hours 52 minutes – I was thrilled.

A brilliant day, 1st in my Age Group and 5th female overall.

All the preparation and training from Fran came together and enabled me to succeed on the day.