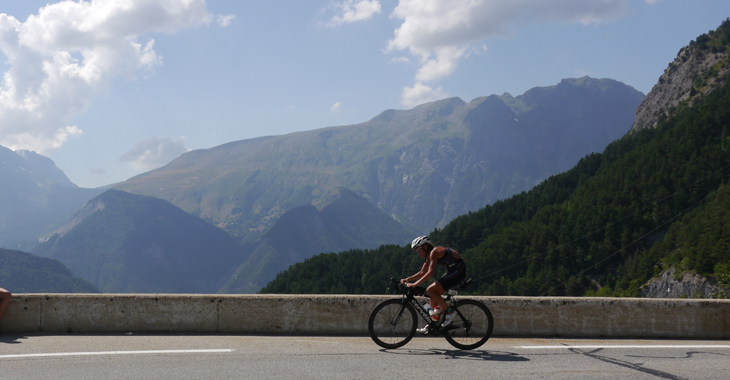 It’s been a week for toughing  it out for GS athletes in some challenging conditions for hard core racing! Leanne James headed out to Zurich to take on her first full ironman and Fran, Derek and TriPurbeck’s Jane King were in action in the iconic Alpe D’Huez triathlon – Fran taking on the long course, Derek and Jane in the shorter version. Head coach Fran is suffering from iron deficiency so the long course was certainly going to give some indications of the stage of recovery. In all honesty, she would not have taken it on if she had not been commissioned by T220 to write an in race athletes view of the race – so i’ll keep this brief so as not to spoil the article! A decent swim was followed by a great start to the bike as Fran moved past lots of her female competitors up the first climb to the Col de la Mort. And that was about it….. so we learned a bit about where Fran’s limits are at the moment – she was forced to back right off as her heart rate went a bit haywire – the mixture of anemia and altitude is an interesting one and then when you throw in 35 degrees temperatures….. anyway pure determination saw her through the rest of the race, still finishing in  the top 40 women but an hour slower than normal – she’ll be  back

On to the short course and Derek and Jane both had good swims before the main course – 15km of timetrialling to the bottom of the alpe and then 15km uphill on the most famous climb in the tour. It was super hot again but both rode brilliantly up the climb, pacing it well and both looking strong as they came into transition at nearly 2000m up! Some people think that the run is ok as it is flatter up the top – it is not – very hilly and hot and at altitude, it presents a whole different set of challenges. But Derek ran strongly to finish in 3hr15min and take 1st place in his age group. Not to be outdone, Jane also ran well and claimed the top spot in her age group as well – awesome racing and awesome results. 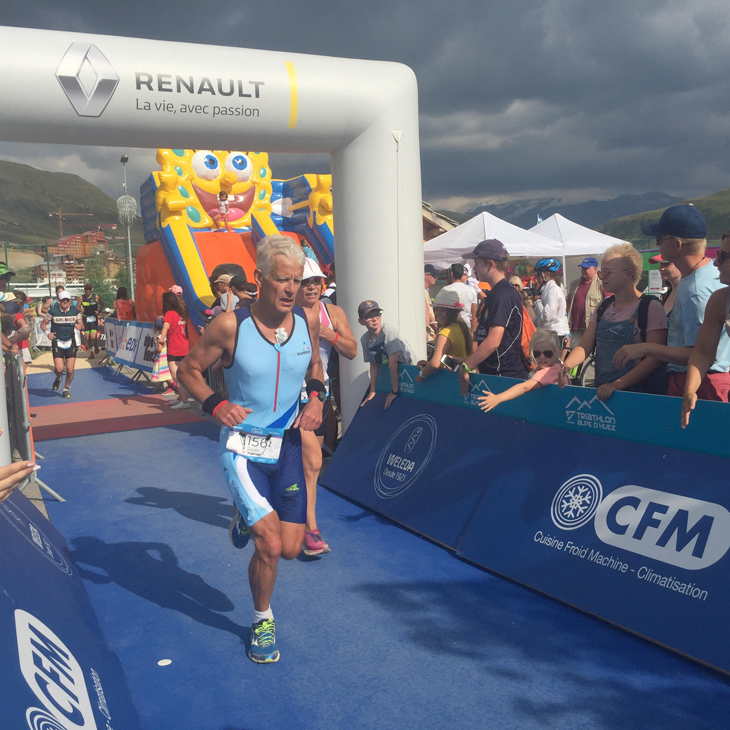 And if you thought that sounded tough……. Leanne chose heatwave Europe for her first go at full distance ironman in Zurich. The now seemingly obligatory non-wetsuit swim was the first obstacle but Leanne swam well to exit the water in 1hr 31min before getting going on her favoured discipline – the bike. All started well as she began to move through the field in characteristic style but Leanne was finding it difficult to find her normal rhythm and unfortunately began to struggle with asthma – possibly heat related or maybe a little pollution as there is so little movement of air when it is as hot as this. From then on it was a real struggle but again huge guts and determination to see out the rest of the bike and run despite feeling unwell and having to walk run for much of the marathon. It says an awful lot about an athlete when you see how they respond to things not going to plan and it shows how important will power is in the make up of top athletes.  Leanne still managed to finish in 13th place in her age category and she’ll be back to attacking for a podium finish in Weymouth in September 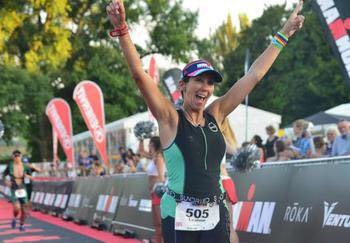