It may very well still be windy and wet here in the UK, but that has not stopped some of the Goalspecific athletes dusting off their bikes and starting their racing season! 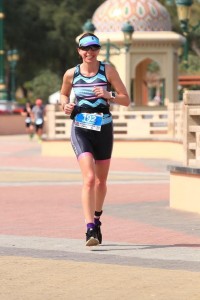 First up we had Marianne, who very sensibly, travelled as far as she could away from the UK earlier this month to race 70.3 Oman Muscat. Despite the obvious shock to the system of being able to feel the warmth of the sun, and experience blue skies, and calm, windless conditions, she adjusted quickly, and went to work on the first race of the season. Her hard work throughout the winter, consistently nailing her training, certainly paid off. We had lots of process goals to practise and achieve throughout the race and I would say she did a fantastic job! A podium finish for the first race of the season, 2nd ever IM event, and 4th ever 70.3 race is a pretty solid achievement, and there is so much more to come. Very exciting!!

This weekend, Izzy and Sarah, both headed North for the Nice TRi ETU Duathlon Qualifying event at Grafman. They may have fleetingly seen the sun at some point, but rest assured they would not have felt any warmth, and both being small and light would have been blown around a fair bit on the bike, but that did not seem to impact their performance!  First multi sport event for both of them this season, and they both performed amazingly. Izzy has already put in some great run performances this season, but we have yet to see what she can do on a TT bike, as she only got one a few weeks ago! It would seem from today’s performance she can do a fair bit on it! First back from the 10k run, she went to work on the 40k bike. 2nd lady managed to take about a minute out of her on the bike course, and Izzy gained a few seconds back on the run, but not quite enough to catch her. She placed  2nd place overall, first in her Age Group, great result for her first standard duathlon!  Sarah after battling with a niggling IT issue which has limited her ability to run for the last few weeks put in a solid run, and it sounds like it was pain free as well which is fantastic news. She continued to work hard on the bike, and run finishing 3rd in the same AG as Izzy, also a qualifying place.  Few weeks now until Challenge Salou for Sarah, which fingers crossed will be a lot warmer and less windy! 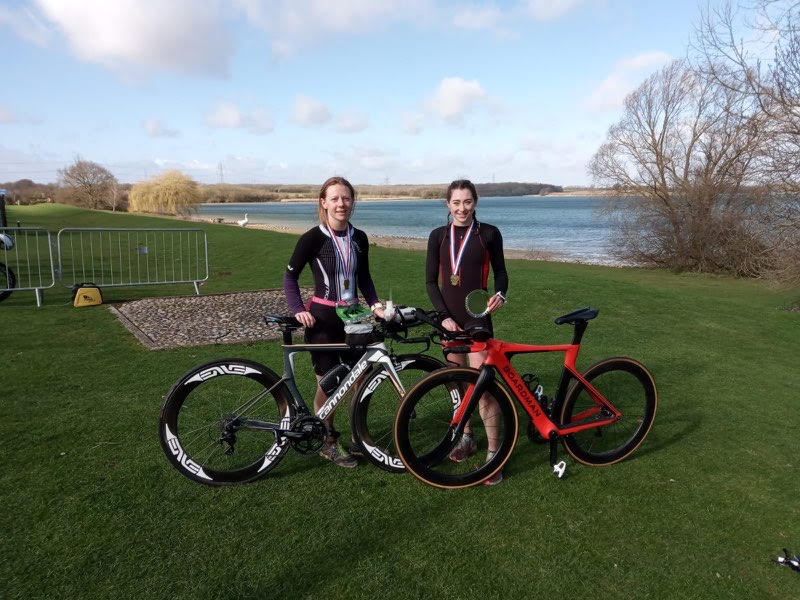 Very exciting times for the team, and great performances so far, and we are only just in March! Next up is the postponed Sika 10k next week, for those testing out their run legs, then Weymouth Half at the end of the month. For those of us who are determined to find some sun, we have Challenge Salou, IM South Africa and of course Marbella in April (plus Brighton Marathon!)  Lots happening!