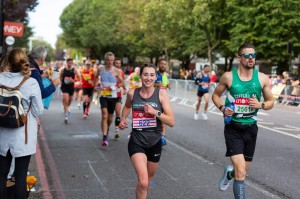 Big race weekends are coming round thick and fast for the Goalspecific team as the end of the tri season approaches. Fresh from their exploits in the ETU championships last week Izzy and Becky were towing the line at the London marathon both for the first time. You might be forgiven for thinking these two might be running on tired legs but that didn’t appear to be an issue with Izzy posting a 3hr19min finish and Becky running an  excellent even paced race coming home in 3hr18min. Both achieved a qualifying time for Boston…. just in case they fancy that. 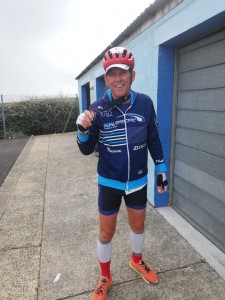 Mike and Eric proved the theory that the definition of madness is to keep doing something over and over again and expect a different result. And so it was that they found themselves at the Thruxton duathlon in gale force winds and downpours for the second year in a row (maybe not quite as bad as last time). Unfortunately Mike had some issues with cramp on the first run and sensibly took the decision to cut his losses with some more events on the horizon. Eric switched to the sprint event at the last minute and promptly upset all the other 65-69 year olds with a convincing age group win. 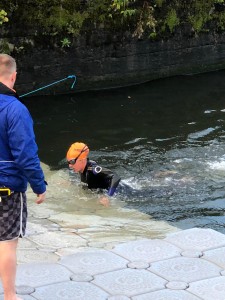 The Bristol sprint should have appeared in the title here – Becky and Salam lined up for a very late open water event for the uk. After an excellent start – Becky led the swim out – she hit a big pothole early in the bike and came off. Salam stopped to assist and they ended up in A+E. Fortunately nothing broken so time to recuperate now before 70.3 Turkey in a few weeks

Meanwhile, over in Barcelona the attraction of racing an ironman event in a warm, sunny location with calm and warm seas was too much for Liam, Jon, Gav and Ritch to resist. Liam and Jon were racing the full distance – Liam for the first time, and Gav and Ritch were lining up for their first ever 70.3. 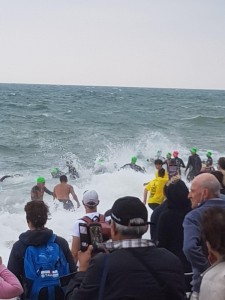 Well the weather didn’t quite play ball and race morning dawned to the sound of gusty winds, a serious swell and about a 10 foot shore break! The swim was cut to 900m for both races but still looked pretty crazy. All 4 swam well despite this and headed out on the bike. 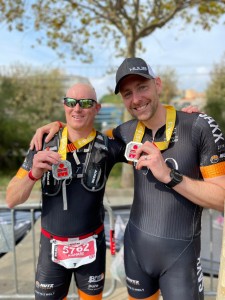 It became evident fairly early on that Gav was on a mission and he stormed round the course in 2hr45min before sustaining his form in the run to finish in 5hr14min – a really great result for his first ever 70.3. Ritch was also having a good ride but started to suffer a few gastro problems from about 45miles – possibly too much sea water taken on – and the subsequent lack of fuel made the run a bit of a struggle. Still a great result coming home in 6hr08min. 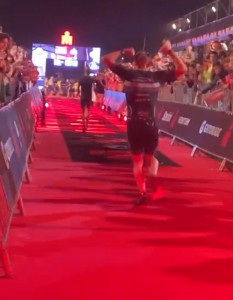 Not to be outdone by Gav, Liam was ripping into the full distance bike course – again showing great consistency throughout the ride to arrive back in transition in 5hr23min. He kept it going throughout the run as well and his 10hr46min finish time is an excellent result. Fran always says that you need to think about triathlon as one sport and not as 3 individual sports. Jon was the master of this yesterday. A 6hr9min bike split had him sitting in second place in the 65-69 age category and despite starting the run with some serious back pain (which never went away) he was running far to fast for the leader to hold him off – he took the lead at about 21k and came home to take the win by 14mins in 12hr05min – a brilliant performance even without his best run. 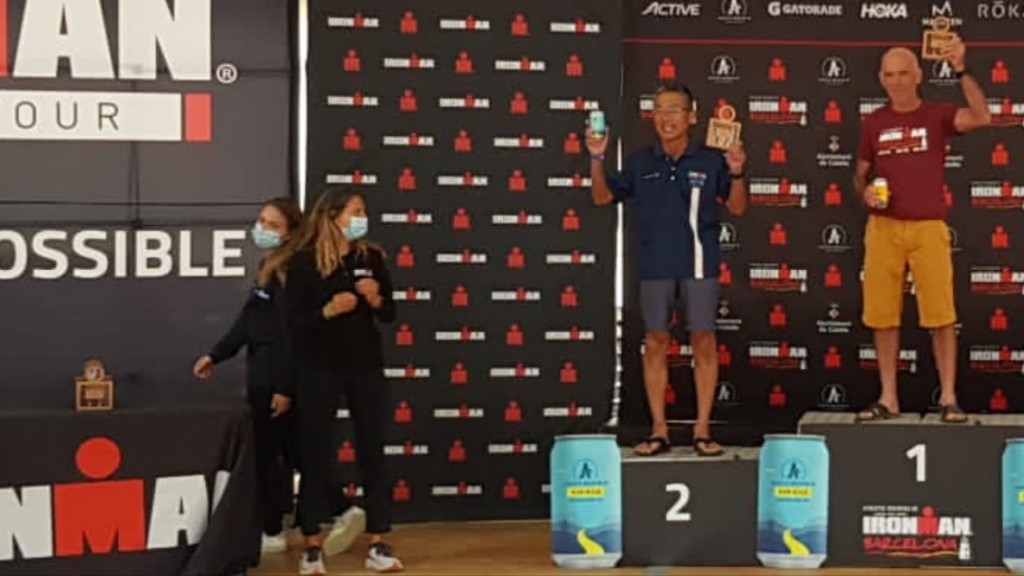