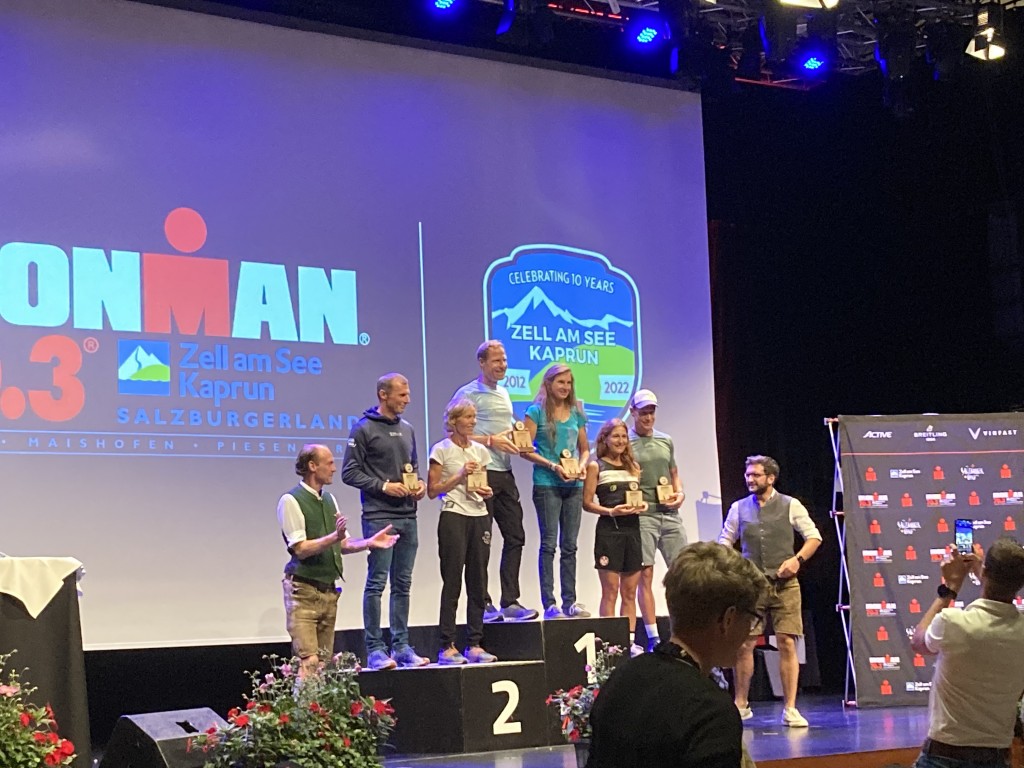 Well, we have been a bit tardy in updating what the team has been up to over the summer, so I will do my best to remember all of the amazing results that have taken place throughout August and early September. Post Alpe D’Huez Triathlon, whilst we were enjoying a few weeks in the mountains training and relaxing, Goalspecific athletes were racing throughout the UK and abroad.

Salam took on the first time IM hosted Swansea 70.3 and put in a great race, on very little sleep post new arrival of Zachary to the family finishing 5th overall in her AG. Jen raced her first half marathon, finishing 2nd overall female in a time of 1.29. A bit of prep for the 21k 75k 10k duathlon at Richmond which she nailed finishing first OVERALL! Katherine (welcome to the team!) raced at IM 70.3 Vichy, which sadly had no swim this year, but that did not phase her, and a solid bike and run finishing just over 5 hours and 7th in AG. Sean finally got to Sweden and IM Kalmar in prep for IM Italy (which is this weekend with Katie…good luck!) He put in a great race, executing the swim and bike to perfection before easing back on the run to stay fresh for Italy. That took will power! 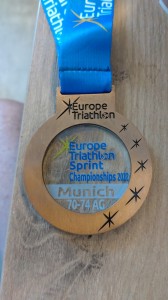 Julie raced brilliantly – super consistent in all 3 disciplines – to come home with her first ever European Championship medal in Munich, winning the bronze in her AG in the sprint! This was all the more impressive following a tricky run in to the event. Linda also put in a great performance with an 11th place finish in a very competitive age group.

Will M after an incredibly stressful journey out to Austria, arriving with no bike or bags and having them subsequently arrive at the airport only just in time to register and rack for the race, put in a great performance in the driving rain on the mountainous course of 70.3 Zell Am Zee. Will’s calmness and attitude pre race in those couple of days was commendable. 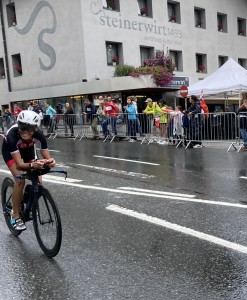 Ade and I also raced throughout August. First up for both of us was the World Champs in Slovakia. We had a fab few days on the Danube, (literally as we rented out a boat house) and despite disliking the race immensely on a personal level (flat as a pancake and 40k into a very strong head wind, not to mention the very choppy swim!) I managed to pull a silver medal out of the bag in the Aquabike and Ade put in a great race in the Long Triathlon finishing 11th in his Age group. It is a shame it was not the true distance as he was working his way up the field on the run!  We then headed over to Austria as it was kind of en route back to the UK to join Will at Zell Am Zee, where I was far happier as I had a mountain to ride up. Despite the weather which unfortunately was very wet, I loved it. Stunning place, fantastic course, and really well organised, and super pleased to come 2nd in my AG. 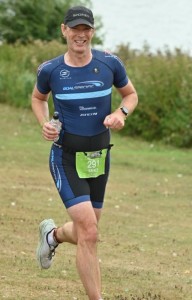 Back in the UK George P was taking on his first ever triathlon as a bit of practice pre Weymouth 703, and lined up with Eric in the New Forest Triathlon. Both put in great races, and Eric built on this at Bournemouth National Championships last weekend, finishing 7th in his AG. Jon F, Mike and Salam were also racing at Bournemouth putting in solid performances, Salam finishing 4th Jon 5th and super speedy Mike winning his AG in the Sprint. 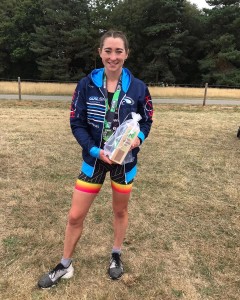 Both Mike and Salam also raced the week before at Outlaw Bowood alongside Izzy, who came 3rd overall with a blistering performance, all good prep for Bilbao (as long as recovery from Covid goes ok!! fingers crossed) and Salam took 3rd in her Age Group, a great few weeks of racing, at an incredibly difficult time, and also fantastic prep for Bilbao. Still more to come! We have Elissa, Richard and George P completing Weymouth 703 this weekend, Katie and Sean at IM Italy, and Emma racing the sprint duathlon qualifiers.   George B shortly to head off for the 5 days Trans Pyrenees cycling race, Katherine, Salam and Izzy at Bilbao, Becky and me at Sam Reno Challenge, then the London marathon followed by  Utah World Champs for Izzy, Becky and Georgia, then of course the classic, Peguera Challenge for myself, Eric, and maybe a few others!