Well, a fair few have been racing recently, however due to a lack of internet for a few weeks then a great training camp with goalspecific Derek Sharon Mark Evan and Clodie, (more to follow on that one!) I have been slack on reports. So here we go!

Claude has got in a few races over the last month. Both training races, one a duathlon and one a 10km run (sandwiched between a ride there and a ride back!) A pb in the duathlon and finishing first in his age group, and  a 4th overall in the 10km. What a great start to the year!

On Jan 16th a fair few goalspecific aka tripurbeck athletes were racing in the Bustinskins duathlon. A great race reports with results can be found at out tripurbeck site….. http://www.tripurbeck.com/blog/mostly-mud/

Onto our Juniors, Serena has been busy, showing us all how to run in the X country series (as has sam, though unsure of his exact results as yet. However below clearly illustrates her talents! 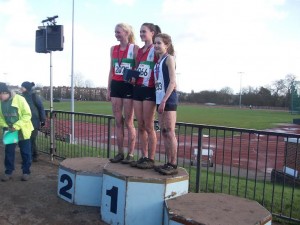 Serena is the small one!
Now finally, below is Adams account of a crazy CTS event in Devon!
My day started with waking up early and hearing the rain and wind battling against the sky light at 5am, very tempting to turn the alarm off and carry on sleeping. But luckily I had already paid for the event and wasn’t going to waste that entry.I got dressed and fuelled up on my super porridge, checked where I was meant to be driving too and we soon were on our way. Driving was horrendous with the wind and rain making it a very slow journey and soon had to stop for a caffeine hit.We arrived in Beesands, South Devon and then had to wait to bored a shuttle bus that took us to the start line. Which was in a very wet and windy field with a few porta loos. I was one of the lucky ones that managed to use these without it being over turned in the wind. A couple unfortunate people came out looking a tad blue. Any way, I registered and got my timing chips etc and soon had our briefing about wet rocks being slippery and be careful blah blah blah. The race started a little later than schedule so I kept on as many layers as possible until the inevitable happened and we were called to the start line.I was wearing my trusty arm warmers and vest, tshirt and shorts? Recently iv been having problem with wet tights and le chaffing occurring so I thought against that. The klaxon went and we were off uphill on a muddy incline towards the corner of field and then onto the coastal path which was being battered by a strong gale at this point. I found myself closely following the leader and felt like a comfortable pace so continued for a mile or 2 at this. Up and down the path went following the cliff edge. A few miles in my legs started to feel extremely heavy and I knew I was going to struggle to keep up with the pace at this point so slowed down to a slightly more comfortably pace and plodded on. I was then just trying to get round without turning my ankles over or getting blown off the cliff.

Roughly halfway round the 13.8 mile race we headed back inland and along some testing hilly country roads that just seemed to continue to raise corner after corner. It seemed like there was a lot of uphill and flats but zero downhills. I was closely followed by the 1st lady who was doing a cracking job of making the hills look easy so I thought would stick with her for abit. I soon then got a second wind and finished the last 3-4 miles strongly.

I finished the testing off-road 13.8 miles in 2 hrs, 18secs. My position was 15th out of 312 runners so wasn’t as bad as I thought of felt running around. If I knew the clock was going to be over 2 hrs I would have put a little sprint in but never mind. I enjoyed my day out in South Devon, met some awesome people there and will certainly be entering into another EnduranceLife CTS event and well recommend them to anyone. They have several distance from a 10km to Ultra Plus Marathons. My future goals are to complete their ultras. But for now I’m happy with the HM distance and feel I can certainly improve on my pace and endurance. 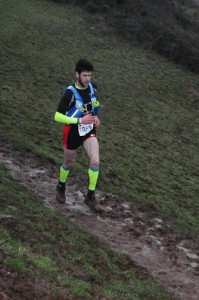