Home / Blog • Featured / From Ironman athletes racing sprint and everything in between!

Well we are in the full flow of racing now, so another race round up for Goalspecific up and down the country! Whilst Ade and I spent a thoroughly productive  weekend in Loughborough learning plenty, Ade on the level 3 high performance course and  me delivering the first course of the Level 2 Diploma with the  inspiring Scott from Synergie coaching,  (all be it indoors, watching the sun beating down on a beautiful British summers day), athletes were sweating buckets racing their socks off. 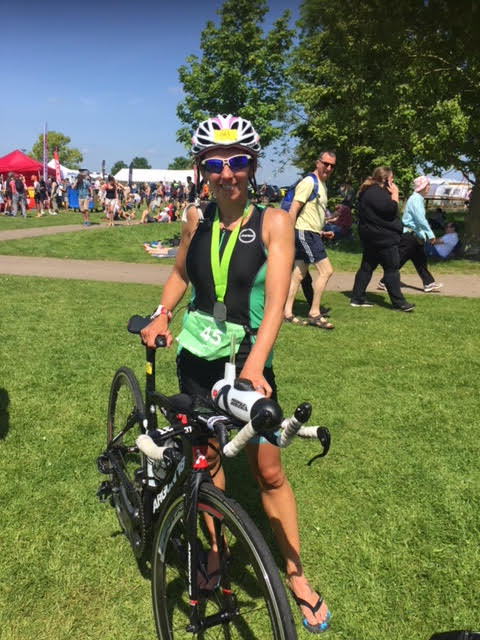 First off was Leanne, early doors, up at Grafman Lake racing her first Middle distance of the season. Braving the chilly lake temperatures, and overcoming some open water demons, Leanne put in a really solid race finishing 2nd in her Age Group and 6th female overall. This was despite a bruised foot and stopping to help a fellow athlete on the bike course! A very exciting start to the season, all great practice for Staffs in a few weeks. 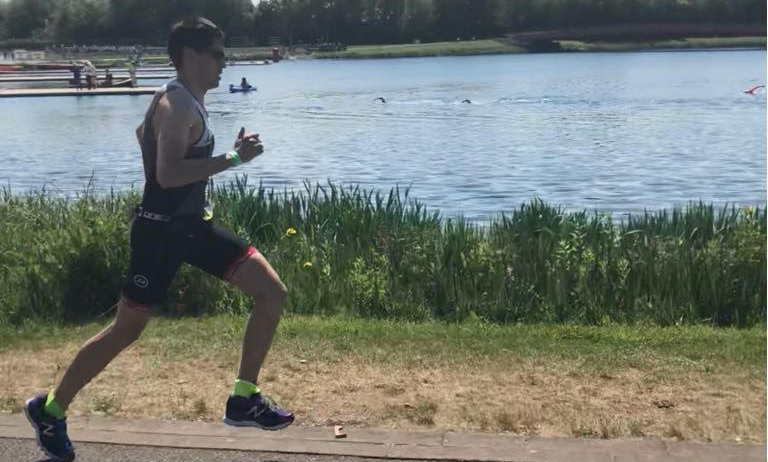 Second up was Mark at the Eton Sprint. Mark’s focus this year is 70.3 earlier on in the season with the key event being Barcelona in October. So a sprint triathlon as an early season race wake up seemed a mighty fine idea for a bit of swim bike run practice a few weeks before Staffs 70.3. Another great result, finishing 5th in his age group in 1:14.

Finally Rich was racing in Wales in a much later race, not starting until after 5pm! A long time to wait, however it sounds like there was quite a carnival feel there, and a high percentage of Wales racing! Race strategies had to be adapted a little due to a persistent foot issue, and Rich nailed all of his targets for the race. A great swim showing how well he is adapting in the water, and making massive progress, a storming bike and a sub 20 run split had him finishing 3rd in his AG in a time of 1:10. A great race especially in light of the circumstances.

So, whats next? Well, next week its the Goalspecific Training Camp in the French Alps and the weather is looking good for some great riding in the mountains, along with lake and pool swimming and some potentially hilly running!

Whilst we are benefiting from the mountain air, Goalspecific athletes will be stretching out their legs on the Tour of Wessex, Poole and Dorchester half marathons. Then on our return there will be racing at Staffs, Leeds, the somewhat delayed Weymouth half,  Yeovil and much more!