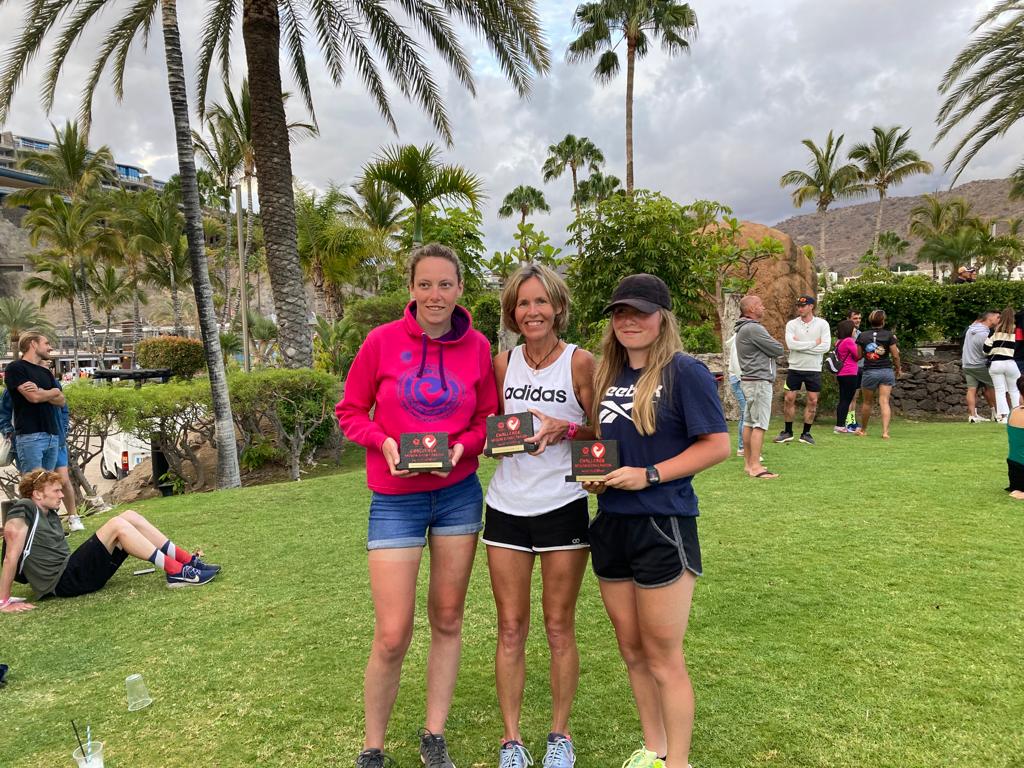 More on the title in a minute but last weekend was another excellent race weekend for the team with Elissa, and Liam joining Annie and Fran out in Gran Canaria for Challenge Anfi Mogan – sadly Eric was stopped from boarding the plane due to issues with the expiry date on his passport – one to look out for if you renewed your passport early last time! 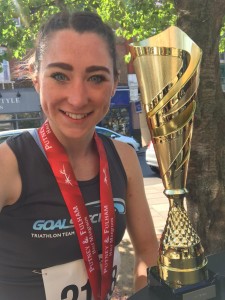 In the UK, Izzy was busy storming the Putney and Fulham half marathon, coming home in first place in an excellent 1hr24min and with the bonus of an enormous winners trophy

In Mallorca, Pete took on the mammoth Mallorca 312 sportive and knocked an impressive 30mins off his previous best time – impressive stuff

Over in Gran Canaria Annie and Elissa were lining up for their first ever 70.3 race in the awesome location of Anfi beach, Gran Canaria with Liam racing for the first time this season. And….. 287 days after Fran had the top of her right femur replaced with a ceramic implant, she put on a trisuit for the first time. So to say we all had a few nerves jangling would be a bit of an understatement. 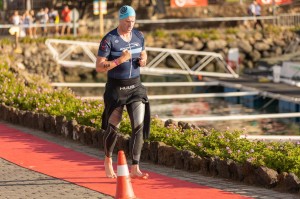 The swim was a little long with an Australian exit and Fran was well up the age group field after a good first lap before exiting the water in about 6th female overall. Elissa, Annie and Liam were all fairly close and all safely out on the bike. Liam had a great ride – all boding well his build into IM racing this year and Elissa and Annie both had solid rides. Meanwhile Fran was up to her old tricks – storming through the bike leg to move up to 10th overall including the pros but perhaps most importantly arriving back in transition safely without any mishaps. So time to relax once she was on her feet

- we knew the run would be tough given that Fran has not run continuously for more than 30mins so the plan was a run walk and enjoy just being back at the races. Liam stayed super strong throughout the run and finished in a shade over the 6 hour mark on a fairly tough course – great race. Elissa had a great run and also stayed really strong to complete her first 70.3 in great style (not mentioning the sunburn!) – taking 2nd in her age group. And after a bit of a stomach issue on the bike Annie put her determined head on and ran really well, also coming 2nd in her age group 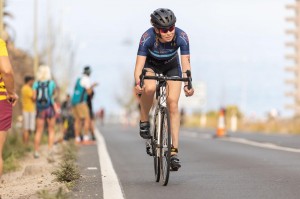 . She spent about 10mins sitting by the road and was twice stopped because of the blood streaming out of her arm but there was no way she wasn’t going to finish and duly did so to find out that she had held on the age group win. It may not have been the most stella field, but still an unbelievable achievement less than a year after the surgery and about a year since the first consultant had told her she would need to walk with a stick from now on. Loads of racing for the team coming up in the next few weeks including IM Mallorca, and sprint races and qualifiers at Eton Dorney