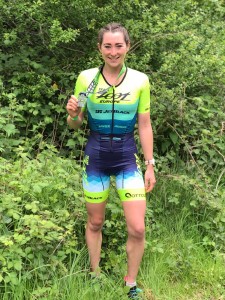 The Goalspecific Team have been at it again! This summers weather does not seem to be putting anyone off.

First up on Saturday, Louise, Marta and Briony, tested themselves on the Purbeck Hills with the Jurassic Sportive. Fortunately missing most of the downpours, and avoided the punctures as well! Impressive, and all good miles in the legs.

On Sunday, Izzy and Hector took on the Middle Distance event in the New Forest, and Eric the standard. Evidently the lake was a balmy 14 degrees, followed by a scorching 90k or 40k ride around the New Forest. Or maybe not! Wind and rain, and at best 10 degrees after a very chilly swim is enough to put anyone off racing in the UK, however, it didn’t stop them. This was Izzy’s first ever 70.3 event, and she stormed it! A solid swim and bike, followed by a blistering 1.26 run, put her as 4th female overall, behind some top class, elite athletes. (Obviously everyone is desperate to find a race! ) Hector managed to find the thorns and sadly got a puncture with 10k to go on the bike. That did not stop him though, so after a bit of a delay fixing it, he set off once again with cold stiff muscles to complete the bike, and the run finishing with a solid performance, no cramp and no issues with the Achilles. Fantastic prep for Bolton IM (if it is not postponed!)

Eric also had a great race in the Olympic distance, I believe finishing first in his Age group, with a solid swim despite only a handful of swims in the last 1-2 years, and a good bike and run to follow. Lining himself up nicely for the middle distance at the end of June. Right now though he is celebrating his birthday in sunny Cornwall…mmmm.

Joe also was racing, but in a completely different event, with a fast and furious biathle. Fantastic experience gained, lining him up nicely for Eastbourne in a couple of weeks.

Joe will not be alone either, as we have quite a team racing at Eastbourne, in the ITU qualifier’s and ETU standard. More to follow on that one! 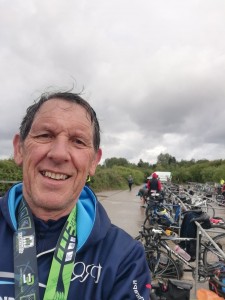