Well it should have been a weekend of training in Dorset for the team but as that’s not possible we thought we would challenge everyone to come up with a suitable activity to provide a bit of ‘race’ focus in the short term. What a response! 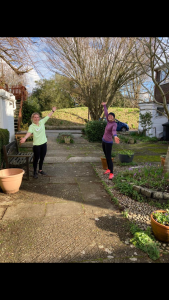 In an attempt to avoid the weekend weather Jess was out early with a half marathon effort on Friday. That was followed by a deluge of half marathons on Saturday and Sunday with Suzanne, Anna, Annie, Liam, Marta, Sarah, Samuel, Penny and Izzy all completing the distance in arctic temperatures and Hugh running a speedy 10 miler. Notably Liam decided to run up a canal – no not a tow path, a canal – and Izzy smashed her pb with a blistering 1hr26min time – unbelievable on a solo run

Becky Goodwin took on a gpx file version of the Mallorca ironman bike course via zwift. Now it turns out this might not be the best way to do it. Becky – as we know – is a top athlete – currently the ETU European middle distance champion in her age group. Mallorca is a tough course – but after 180km on the turbo zwift was still telling Becky to carry on! Amazing effort. Meanwhile, Dillon was taking 3mins off his 10k pb despite having to weave though the crowds at Hengistbury Head (don’t even ask), Richard was also running a pb (probably – still not sure

). Newest member of the team Will – literally on his first outing – clocked 100km on the turbo before work on Saturday morning then a half marathon after (longest transition ever). 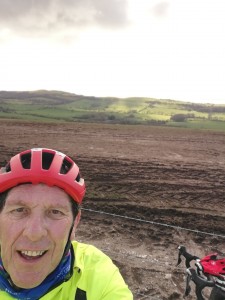 We now know that Sean is mental (thanks Becky). 250km on a turbo – I have nothing else to say. Apparently it was Fran’s fault as she started the whole thing off with a 5hr40min mountainous IM route on Thursday and then followed it with another 100km on Saturday. Which brings me nicely on to George. An icy sea swim on Friday (for some reason he thought he might be able to do 3.8k) was followed up by a 180km mountain bike in the mud on Saturday. It appears this 10 hour extravaganza was all in the aid of finding an ice cream – just what you needed in those temperatures I imagine George? Other outside riders – clearly harder than the rest of us – included Eric on a hilly 117km tour of Dorset with added gunfire for extra excitement and Shelly and Karen both completing their longest rides ever – great effort in these temperatures.

Along with George and Samuel, Shelley was also one of the open water swimmers who braved the 8.6 degrees sea temp – that’s about 15 degrees too cold in my opinion. As if it wasn’t enough, Marta followed up her half on Saturday with a fast 40k tt on Sunday.

Georgia and Jen both ducked under 60mins for their 40k tt efforts – seriously fast – with Georgia running off for 5k in under 19mins – great to be getting back up to speed post injury rehab. Katie, Mark and Louise all posted strong 40k/10k bricks, Mike went for a 2hr38min 90k/3k brick protecting a knee niggle and Dave completed a 90k watt bike session. 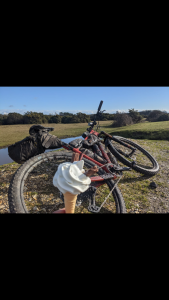 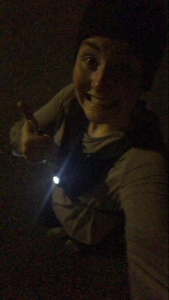 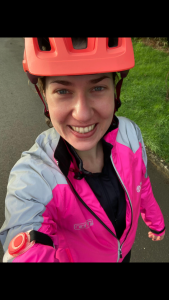 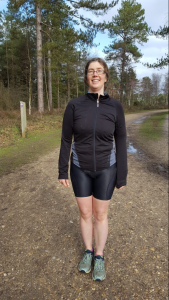 Tania went full race mode – completing the near legendary Sika Duathlon route 3mins faster than in the actual race last year in way worse conditions – great result. Also technically makes Tania the winner of the race for this year as we were unable to run the full event – trophy to follow 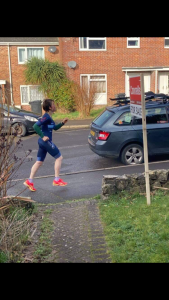 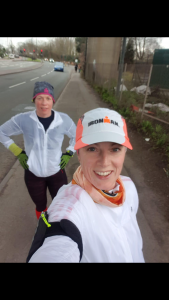 Claire completed her first ever 90k ride in 3hr26min on zwift and followed it up with a sub 60min 10k off the bike – massive progress. Salam and Becky’s challenge was a full 90k/21.1k brick. Unfortunately Salam was feeling a little unwell on Saturday and binned the bike early and Becky finished it solo. But there was no way Salam was going to finish on that…… 24hrs later she was back on the bike knocking out a strong 90k before they both ran off for the full half distance – awesome! 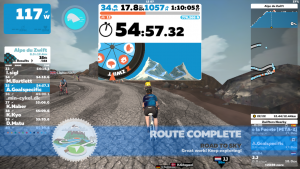